Are APIs the Next Big SaaS Wave? 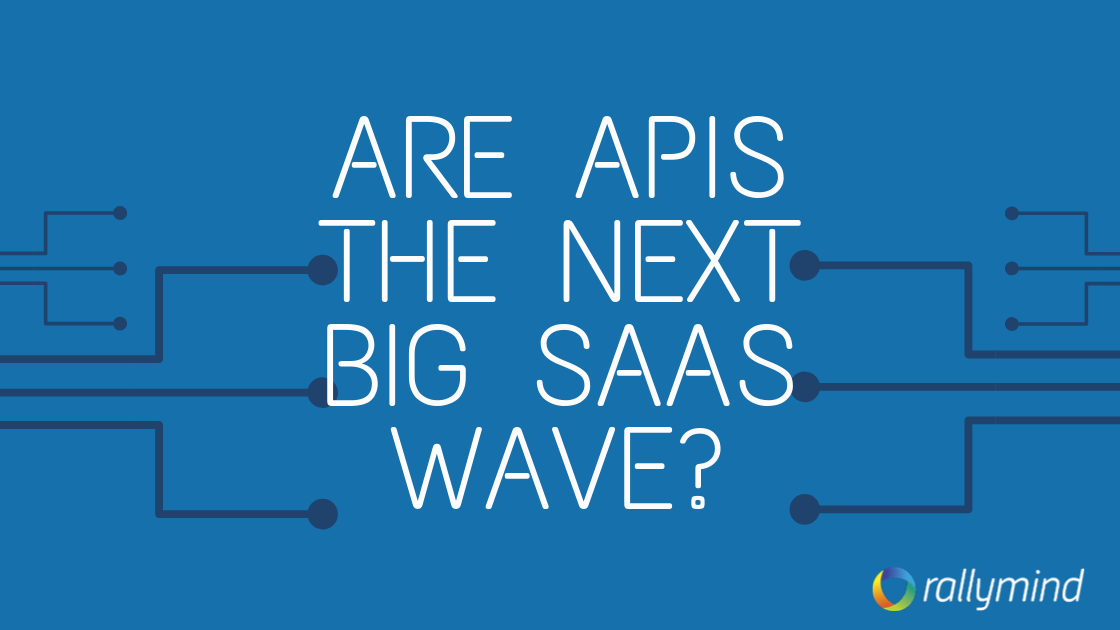 Over the past few years, the software revolution has exploded – and the fastest-growing segment to date has been the shift toward software as a service (SaaS). SaaS has dramatically lowered the intrinsic total cost of ownership for adopting software, it solved scaling challenges, and has taken away the burden of issues with the local hardware as well. The use of SaaS has allowed businesses to focus on the business, as the IT operations has become much less of a burden; according to IDG’s 2018 Cloud Computing Survey, 73% of organizations have at least one application or a portion of their computing infrastructure in the cloud. This boom in SaaS has caused software developers to be more and more valuable as time passes - they also better know the value of their time and increasingly prefer businesses that can help alleviate the hassles of procurement, integration, management, and operations.

Application Programming Interfaces (or API) are a distinct subset of SaaS; developers are looking to deeply integrate products into their own applications, so access to API’s is integral to their software. The best practices for API onboarding include technical documentation, examples, and sandbox environments to test the API in. API’s are now a critical part of developer’s strategy to build on a global-scale – so, why would you waste precious resources like time and money to recreate something in-house that can be done better elsewhere? This allows developers to focus their efforts elsewhere, and focus on creating a differentiated product. Thanks to this shift of importance on API’s, they’re on track to create another SaaS wave across the industry. By exposing these complex services as simplified pieces of code, API-first products are more extensible to other developers, it’s easier to integrate into, and there’s now an ability to foster a greater community around the potential use cases of these API; it’s easy to log in and plug these API into workflows and build up from there.

Many of today’s business giants (such as Uber, Air BnB, etc.) use third-party API in the background of their sites/applications. These big companies are built on the backs on scalable developer services that allow them to abstract everything from email and SMS to payments and locations. Simultaneously, the developers behind these API-first companies (like Checkr or Stripe) where the API is the product are building to become sustainable, independent, and big businesses. The increased usage of API brings benefits to both those who are running them in their business, as well as those who are developing them.

As the robust ecosystem continues to develop around API wave, the best way to do business isn’t to build these in-house; it’s integrating better third-party API that was developed out of house into your software. We’ll close out with an example – Braintree originally was a mobile and web payment system for e-commerce; it was sold to PayPal after they recognized the value in their API, and is now an integral part of the PayPal payment system. API are the new SaaS wave; are you ready for it?